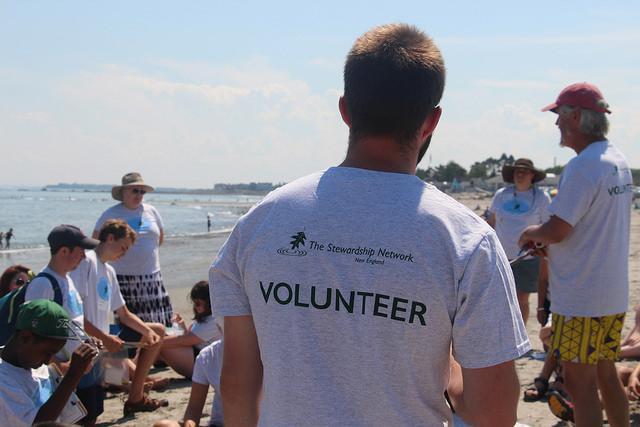 New Hampshire’s beautiful and highly rated 13 mile slice of the Atlantic coast is a popular vacation destination in New England. So how clean are its coastal beaches? In July, citizen scientist volunteers dodged sunbathers and boogie boarders as they blitzed the beaches looking for clues, collecting samples, and taking a water quality snapshot for researchers and beach managers at North Hampton State Beach (NHSB), Jenness, and Sawyer beaches.

Data from the Beach Blitz has been analyzed in the University of New Hampshire labs and preliminary findings are shared in the report.

Many beaches in the eastern U.S. are experiencing increasing levels of potentially harmful bacteria. The NH Department of Environmental Services Beach Inspection Program does an outstanding job of monitoring beach water quality, however, they rarely have resources to identify and investigate sources of the bacterial pollution, the report notes.

Development and other human activities degrade the coastal ecosystem and can result in declining water quality. “We want to provide a more detailed picture of how much pollution is present and where it’s coming from," says Steve Jones, UNH natural resources research professor and co-author of the report. “What information would be useful for the state programs that manage these areas?  And what’s the best method to convey this information to effectively communicate risks and safety?”

On July 28 of this year, the sky was blue and sun shining as about forty citizen science volunteers, including families, science-enthusiasts, students, and a Timberland employee cashing in paid volunteer hours, donned matching t-shirts and boarded a bus in the Rye middle school parking lot.

Organizing and training volunteers to collect research data at multiple beaches, however, is no easy feat, as summer intern for UNH Cooperative Extension’s Nature Groupie, Trina Lafata, an environmental engineering major at UNH, discovered when she was charged with coordinating the Beach Blitz.  “It was very important for everyone involved to work together towards advancing scientific understanding as well as creating an opportunity for collaborative learning about science and the environment... And to have fun,” said Lafata.  Working with Malin Clyde, the network’s project manager, they wanted the experience gained and resources created to help inform similar activities in the future.

The Beach Blitzers, an energetic group, wasted no time getting down to business at NHSB. After a quick run-down on the science side of things from an enthusiastic Dr. Jones, the volunteers set off in groups of three with data sheets and small plastic bags to collect their water samples, record water temperature and the presence of seaweed, and count bathers and birds. The water temperature was 75°F and no deterrent to water sampling!

One of the citizen science parents volunteering—with several adolescent volunteers in tow—remarked afterwards, “Instructions were very thorough and detailed but not so difficult that we got lost in the process… we were very impressed with the young students, educators, grad students, and everyone involved. Gives us hope for our children and the future.”

According to the report, there were no clear relationships between the variables like boogie boarders, seaweed, and gulls with the levels of bacteria in the water.  At Jenness Beach, for example, there were 100-200 birds at one site but the bacteria concentration of the samples was at an acceptable level. This is despite findings that a small drop of the herring gull feces on site contained a lot of bacteria. These findings are consistent with the NH Beaches Inspection Program results for this summer, where they have not had to post an advisory at any of these beaches due to high bacterial levels.

“We not only measured how many bacteria were present in the water, we extracted the DNA from the samples. We want to be able to tell whether or not you can manage the water quality,” said Jones with his graduate student Derek Rothenheber. “We don’t want to put diapers on birds, but we want to manage this and if it’s a human source, we want to take care of it.”

Early in the morning before getting on the bus for the Beach Blitz, UNH graduate student Tao Haung collected water samples in the Little River watershed in North Hampton that flows into NHSB. These Little River samples showed higher bacteria concentrations that exceeded the state standard at 7 of 8 sites upstream.

Later that afternoon at the Beach Blitz, water flowed continuously out of drains at the beach areas from upland watersheds into the ocean. In the absence of any obvious sources of pollution, these drains and the watersheds they flow from have been shown to be conduits of bacterial pollutants, especially after heavy rainstorms.

The report found the highest bacterial concentration in beach water at a sample site on Sawyer Beach (still well below the state standard). Concentrations at all other beach sites, including other spots along Sawyer, Jenness, and NHS beaches were low. These findings are consistent with the Beach Inspection Program results for this summer, where they have not had to post an advisory due to water quality at any of these beaches.

Linking the Beach Blitz data with upstream water sampling showed elevated pollution levels in the watersheds, which increases our understanding of how pollution and waterways interact in complex coastal environments. Community volunteers contributed to an authentic science experience, and learned about the NH Beach Inspection Program, water quality protection efforts, and the meaning and process for posting of beach advisories in New Hampshire.  Their efforts have provided scientists with much more scientific information than is normally possible.

These results—from the quality of the data gathered to the interaction and engagement between the researchers and volunteers—demonstrate the thoughtful and comprehensive approach designed by the research and Cooperative Extension team.

This research is part of the New England Sustainability Consortium (NEST), funded by the National Science Foundation’s EPSCoR programs in NH and ME.  NEST is designed to respond to societal challenges where economic and community development goals need to be balanced with environmental protection. Such sustainability objectives are not only of central importance in New England, they also represent national and global imperatives.