Using iNaturalist: Getting to Know Nature 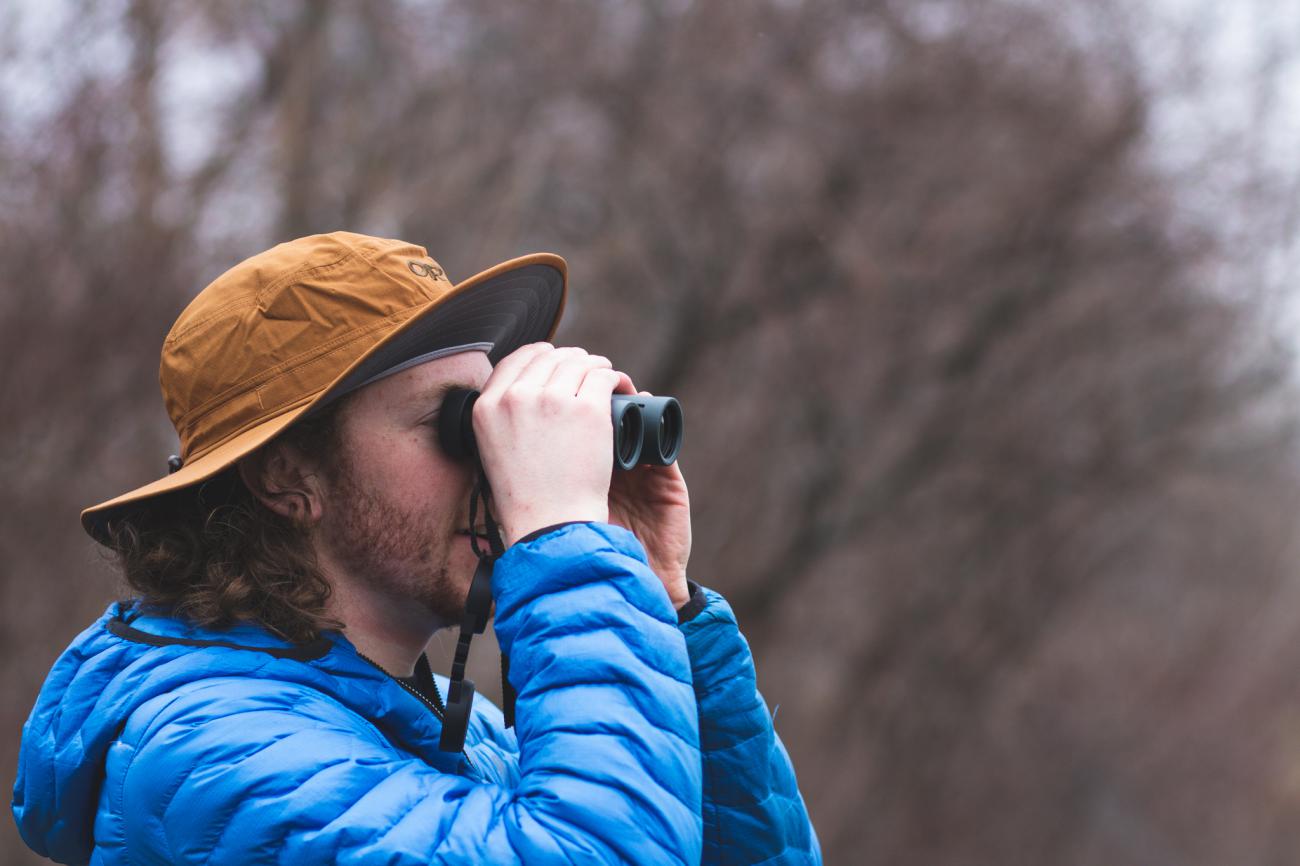 Distant Hill Nature Center posted an event called a Socially Distant BioBlitz on Nature Groupie a few weeks ago that immediately attracted the attention of the Nature Groupie community, me included. I had tried out the iNaturalist app on my phone to identify nature before, but given the isolation I'd been feeling through the COVID epidemic, I thought this might be a good opportunity to connect with others too. Apparently, hundreds of other people across the world thought the same!

On Sunday, April 5 I was itching for some fresh air and sunlight after several days of spring-cleaning in my apartment. I convinced my boyfriend Skylar to join me in the Socially Distant BioBlitz, starting off across the field from our apartment in Nottingham, NH. Quickly, we spooked a large group of starlings, whose frequent jabbering has become the soundtrack to my work in our converted “home office.” Luckily Skylar brought his binoculars and spotted not just starlings but red-winged blackbirds watching from the branches above and robins poking at the ground.

We uploaded our photos and sightings using iNaturalist, while others around the world did the same as part of the Distant Hill Nature Center project. The app is easy, with simple registration and navigation on your phone or tablet. You can also use it on a desktop, uploading sightings taken with your regular camera. iNaturalist has become one of the largest citizen science tools with almost 34 million observations of 250,000 different species worldwide. Data from these observations is helping scientists understand the biological diversity of the earth, and the data is available to anyone through cool graphs or by downloading the raw data. Run by the California Academy of Sciences and National Geographic, the app has grown in ease of use and sophistication; the app can help with species identification, often very accurately, based on your location and time of year. You can even upload sound recordings for when you hear nature, but might not be able to get a picture. We certainly heard more birds and frogs that we saw, so that's a cool feature for spring in New England!

Wandering the edge of a field, we saw from a distance the bright yellow-green color of new spring growth popping out from the surrounding dull brown of winter. We went to investigate and found a tree full of intricately beautiful flowers. A willow tree was just starting to blossom. We snapped a photo, even though we weren't sure which species of willow it was. We knew later that the worldwide community of "identifiers" on iNaturalist could help identify the species from our photo.

We wandered through several fields, stopping to look closely at a white-tailed deer track, red-berried elder just budding and mushrooms growing from a downed birch tree.

In all, we collected and contributed thirteen sightings for the Socially Distant BioBlitz. Later, I checked the iNaturalist project and couldn't believe how many other people were outside on Sunday, looking for new species around the world - over 12,000 observations! With the help of iNaturalist, we saw our neighborhoods and backyards in a new light. We may have learned how to use iNaturalist, were part of a team effort, and had a good reason to get outside and look more closely at nature.

During this stressful and potentially isolating time, tools like iNaturalist and creative, socially-distant events can help us connect to nature, to other naturalists around the world, and to help advance scientific discovery along the way. I encourage people to give it a try!