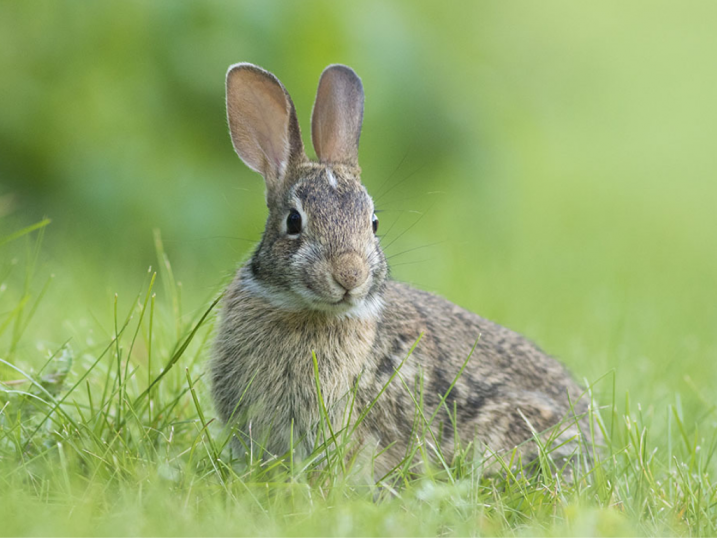 Are there rabbits romping in your yard? Did you spot a cavalcade of Eastern cottontails munching on grass during your last hike?  Can you see a rabbit peeking out from under a shrub at this very moment? If you answered yes to any of these questions, it’s time to break out your smartphone or camera, snap a picture, and submit it to NH Rabbit Reports.

Launched this month, NH Rabbit Reports is a citizen science project developed through a partnership between UNH Cooperative Extension and N.H. Fish and Game, with support from the Wildlife Heritage Foundation of New Hampshire. NH Rabbit Reports needs you — yes, you! — to collect data, take photos, and report your rabbit sightings. Citizen scientists of all ages and skill levels can do it. No species identification skills are necessary!

Why report the rabbits you see? The data collected through NH Rabbit Reports will help officials and organizations better understand how many of each species of rabbit are in New Hampshire and where they’re located. Understanding the relationship between the distribution and potential abundance of the two species will lead to informed decisions on habitat management — a plus for the endangered New England cottontail.

Getting started is easy. While NH Rabbit Reports is interested in information from all over the state, the project is particularly interested in sighting data from towns south of Route 101. Some southern New Hampshire towns have no data on the presence or distribution of Eastern cottontail, while other towns are in New England cottontail focus areas.

All you need to do is collect the time and date of your observation, the location of the sighting (an address, intersection or GPS coordinates), and any information about the area/habitat where you saw the rabbit. And, of course, take a photo of the rabbit if you can.

This story was originally published at Extension.unh.edu.