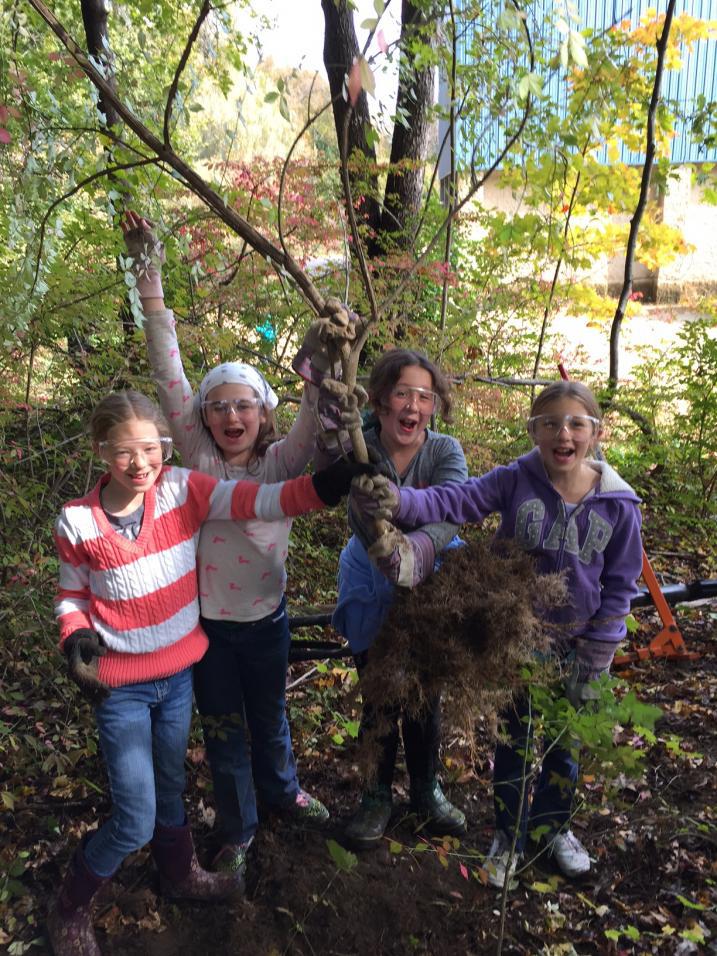 On October 15, the forest surrounding Beard’s Creek in Durham was not the spot for a serene stroll. Every few minutes, loud cries of “Timber!” followed by “We got a huge one!” and “Who ya gonna call? Bush Busters!” echoed throughout the trees.

It was the last event in a two-week series of invasive plant workdays that targeted burning bush, a plant from Asia famous for its bright red foliage in the fall. The enthusiastic laborers were fifth grade students at Oyster River Middle School, who, along with their teachers and parent volunteers, spent several hours pulling the thick layer of brush that prevents young trees and native shrubs from growing.

The forest around Beard’s Creek is small – no more than 20 acres - but it’s heavily used by the school and the community. Made up of school district land, a town wildlife sanctuary, and some private land, the forest serves as on outdoor classroom for both the middle and the high school.

Oyster River High School biology and environmental science teacher Jon Bromley was an early instigator of the stewardship effort, along with Durham Conservation Commission member (and neighboring landowner) Rob Sullivan. It was their idea to host a series of workdays among the schools and the community.

“Our environmental studies class has been studying the forest around Beard’s Creek for years, and we have permanent research plots set up to monitor the forest,” he said. “It’s exciting this year to involve the students in active stewardship, so that over time we’ll be able to track the ecological changes brought about by removing the invasive plants.”

The project combined efforts by teachers from Oyster River Middle School, teachers from Oyster River High School, and the Durham Conservation Commission, which oversees the Stolworthy Wildlife Sanctuary next to the school district land. Staff from the University of New Hampshire Cooperative Extension’s Stewardship Network: New England provided technical guidance and education in the classroom before the field work.

Others also contributed important pieces to the effort. Rob Sullivan, a member of the Durham Conservation Commission, arranged for 25 weed pullers from the Great Bay Estuarine Research Reserve, and moved the tools among the schools throughout the two-week effort. Town volunteer Vin Dell’Ova assisted at all of the workdays, helping students identify plants and use tools safely. The Oyster River School District’s Green Team helped coordinate with teachers, get the project off the ground, and advertised volunteer opportunities to community members and parents.

For his part, Bromley connected with an English class, “Literature and the Land,” to join in the effort, adding another 20 pairs of hands to the project. He is also working with the high school art teachers to use the piles of shrubs and twigs pulled from the forest for an art project, involving even more students in the ecological effort.  Reporters from Fosters Daily Democrat visited the high school during one of the workdays, capturing their enthusiasm for the project.

On Saturday, October 10, the Town of Durham hosted a public workday in the same part of the forest involving 20 community members, furthering the school-day work of the students. “This project brought varied groups together that might not normally work together,” observes Rob Sullivan. “We had retirees, neighbors, town officials, kids of all ages, scientists, and even some foreign exchange students from UNH working side by side and contributing to the project.”

Success and a Commitment to Continue

During the planning stage, there was some uncertainty about the project. Would students be able to successfully identify the invasives in the field?  Would groups of 40 kids working in the forest be out of control?  Would 5th graders be able to handle the heavy weed pulling tools?  Would anyone think this was fun?

The experiment paid off, and enthusiasm reigned during all of the stewardship workdays. “I wish they had work like this for kids,” one 5th grader lamented.

Teacher Beth Stacy also valued the experience for her students. “We learned about invasive species such as the lionfish in the tropical Atlantic Ocean, but it’s great to learn about – and to help – the invasive problem in our own back yard,” she added. 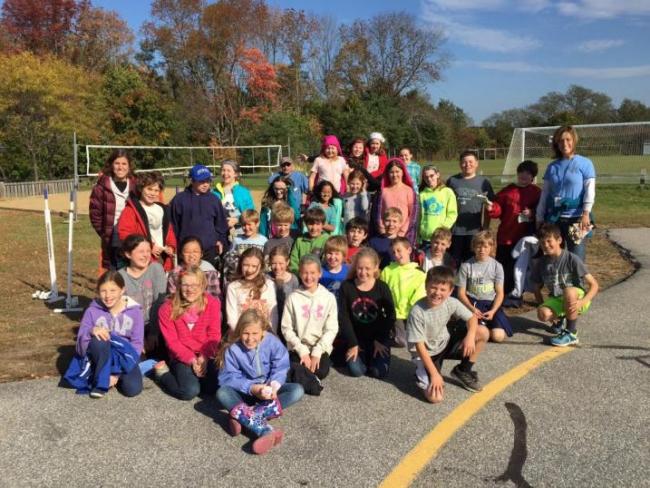 “In past years, our students drafted ‘wanted posters’ of invasive plants,” he said. “This hands-on experience of identifying and then pulling the plants, and seeing the results of a group effort is a great complement to the classroom research…and after two hours spent pulling burning bush, none of us will forget what it looks like!”

The work sessions will help restore the ecology of the forest surrounding the school, but the invasive plant problem is substantial. Even with more than 150 students tackling the problem this fall, there is more work to be done. The new collaborative team that took shape over the past year is an important step toward both eradicating the invasive plants and teaching children the value and rewards of stewardship.

Want to learn more about stories like this, or get involved in stewardship in your community? Join Nature Groupie and receive our weekly bulletin of nature-based volunteer opportunities in New Hampshire and neighboring regions.