Interest in Citizen Science Growing Rapidly Among Researchers and Volunteers 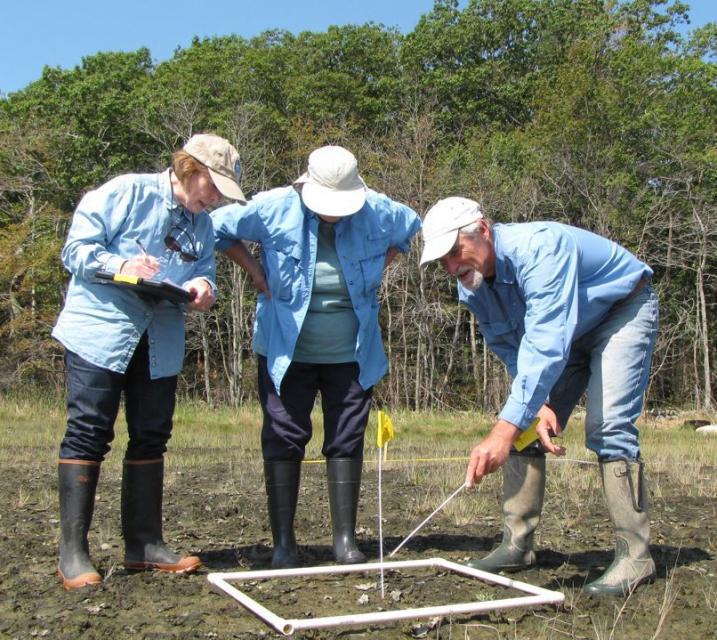 Count migrating eels in coastal rivers, document flowering and fruiting times of alpine plants in the high peaks, collect weather data, measure water quality in streams and lakes, survey for dragonflies and butterflies. These are just a few of the ways volunteers—citizen scientists—collect important data for researchers.

“Researchers will find that citizen scientists are invaluable, says Malin Clyde, Manager, The Stewardship Network: New England. “Studies have shown that data collected by volunteers is accurate enough for publication.” In addition, volunteers like being part of a research project and have fun along the way. 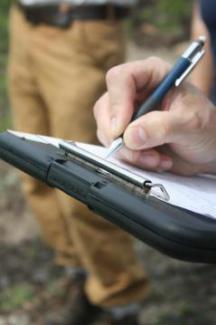 The value of citizen science is gaining recognition among scientists, volunteers, educators, and technology experts. In February, Clyde and Haley Andreozzi (UNH Cooperative Extension Wildlife Outreach Program Coordinator) attended the inaugural conference of the Citizen Science Association in San Jose, California, along with 600 other participants from 25 different countries. “Technology advances have spurred the increasing popularity (and feasibility) of many citizen science projects, so it’s no surprise that the use of technology was a well-explored theme at the conference,” says Andreozzi.

The spectrum of technology presented at the conference ranged from smart phones and social media, to soda bottles and string. iNaturalist allows naturalists--from hikers to hunters, birders to beach combers--to record what they find, where they live; it includes over 1,200,000 observations so far by location or species, and you can create your own projects to collect data with a group or on your own. Cornell Lab of Ornithology’s eBird enables birders to record and keep track of the birds they see, while at the same time providing critical data for science. You can watch in real time as people submit their sightings from across the globe. Nerds for Nature is using technology to help monitor environmental change with camera phones and social media.

Andreozzi notes an important tip for researchers that engage citizen scientists: “‘Giving participants feedback about the data they help collect can be a critical (and sometimes ignored) part of an effective citizen science community.” At the citizen science conference, Kevin Ripka of the Cornell Lab of Ornithology provided tips and tricks into the do’s and don’ts of visuals for citizen science projects. This is a bit of a techie talk, but one tidbit stood out for me, “No more pie [charts] please, we are full.”

The Stewardship Network of New England is available to assist researchers in recruiting and working with citizen scientists. A place to start is with the Network’s Tips for Working with Citizen Science Volunteers. Volunteers interested in becoming a citizen scientist can find myriad opportunities on the experiences page. You can join the growing community of citizen science research, whether a researcher, educator, or interested volunteer.