Red or White Pine: Are You Barking Up the Wrong Tree? 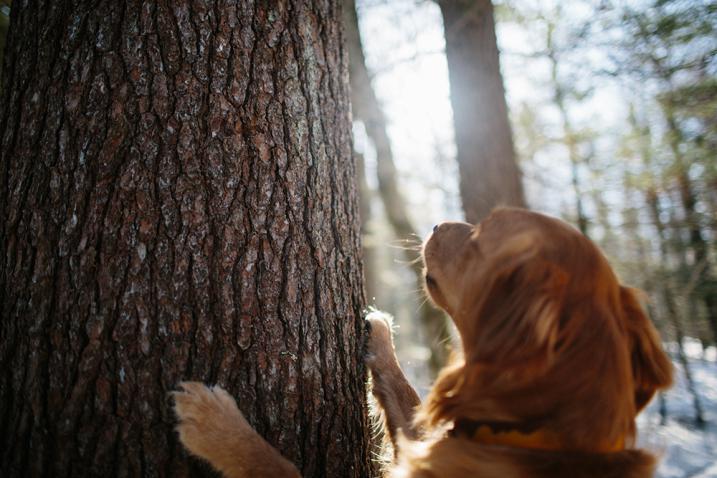 Growing up in Maine, I thought pine trees were pine trees. They were the ones that didn't have leaves and stayed green all winter. My relationship with trees was closely tied to the ones you'd find in a suburban yard. I spent many hours climbing in the limbs of our big maple or making a shelter out of a multi-trunked birch at my grandparents' house. As a child engaged in play, my hands found a tangible connection to trees as I grasped the bark of different trees, feeling firsthand whether they were smooth and unbroken, rough and furrowed, or flaky and papery.

Bark is something very familiar, but also mysterious. It wasn't until my mid-20s that I started to learn how to distinguish different tree species. In the Northeast we have many species in the pine family alone. When you look at their unique features--like bark, cones and needles--you can begin to look at an evergreen forest in a new way. Rather than just seeing a sea of pine trees, you'll see a colorful canvas of pine personalities. There's red pine and red spruce, balsam fir, eastern hemlock, and more.

Most people learn to identify tree species using needles, leaves, and cones to determine the species. Tree bark is a less common identifier given that it varies widely based on the age of a tree.

On the other hand, bark is such an approachable way to get to know a tree. It's at eye level and convenient to examine. It's something many of us are already familiar with, but may not know how to look at the details that distinguish one bark from another.

Both red pine and eastern white pine are found throughout the Northeast. They are similar pine species that take a little practice to learn to tell apart. 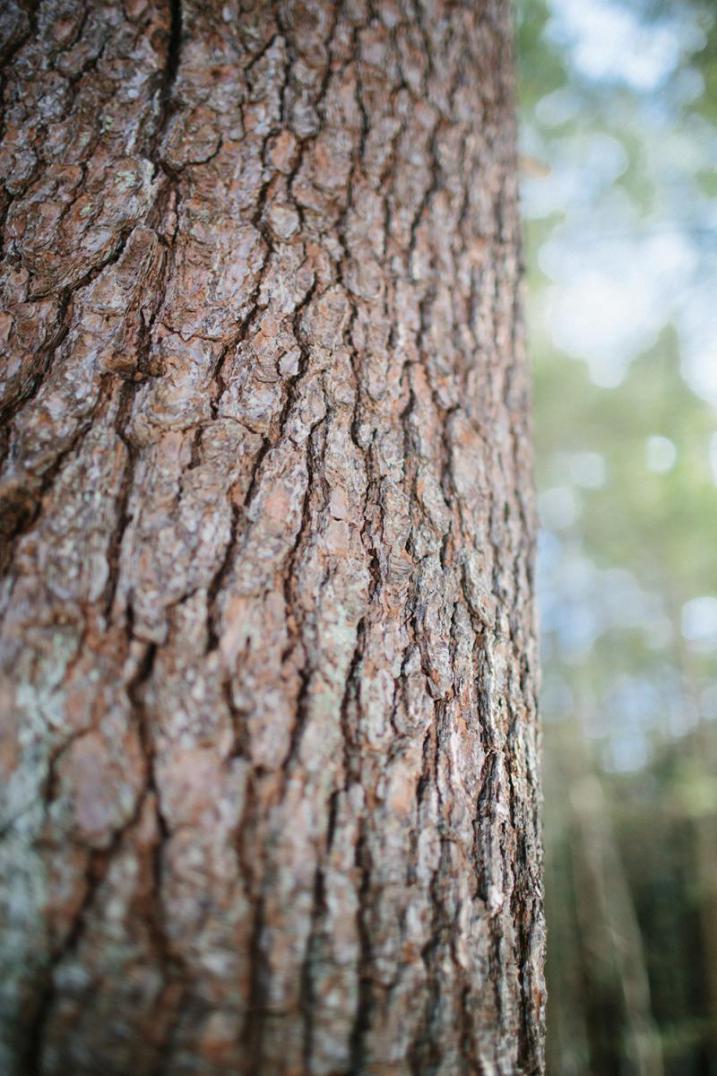 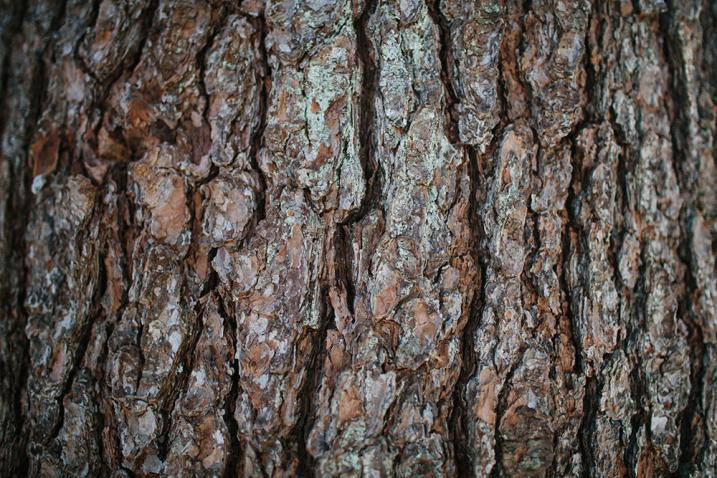 Pictured above is a mature eastern white pine. The bark is grayish to reddish-brown in color. There are many layers of scales that are broken into irregular blocks. Ridges form in between these blocks. The outermost layer breaks into small, squarish scales and eventually flake off. The surface kind of looks like "tight, rough, jigsaw puzzle-like scales." Young white pines have smooth, gray to greenish-gray bark. The bark takes time to develop scales and the cracks are fine at first. 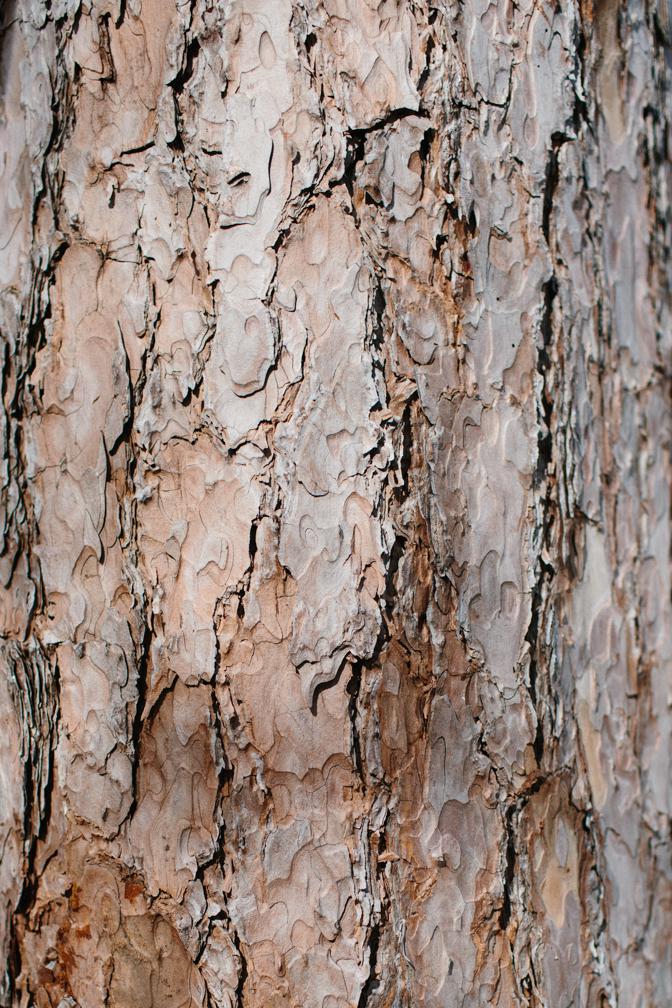 In contrast, the bark pictured above is from a mature red pine. The color of the bark is reddish-brown and grayish-brown, but also can be pinkish if younger. Like white pine, it's broken into irregular blocks, but the ridges between the blocks tend to be more shallow than white pine. Think of them as more like fissures rather than ridges. Over time, the blocks thicken and grow flakier. 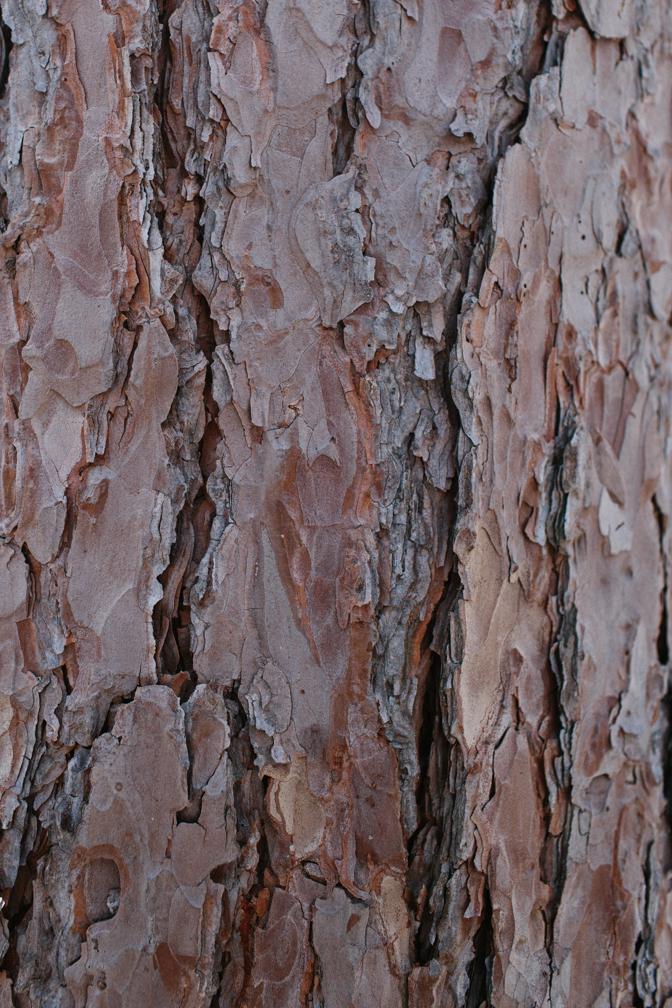 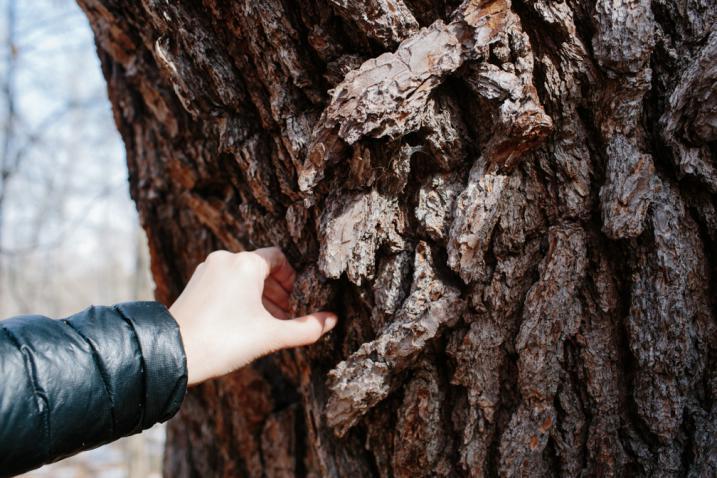 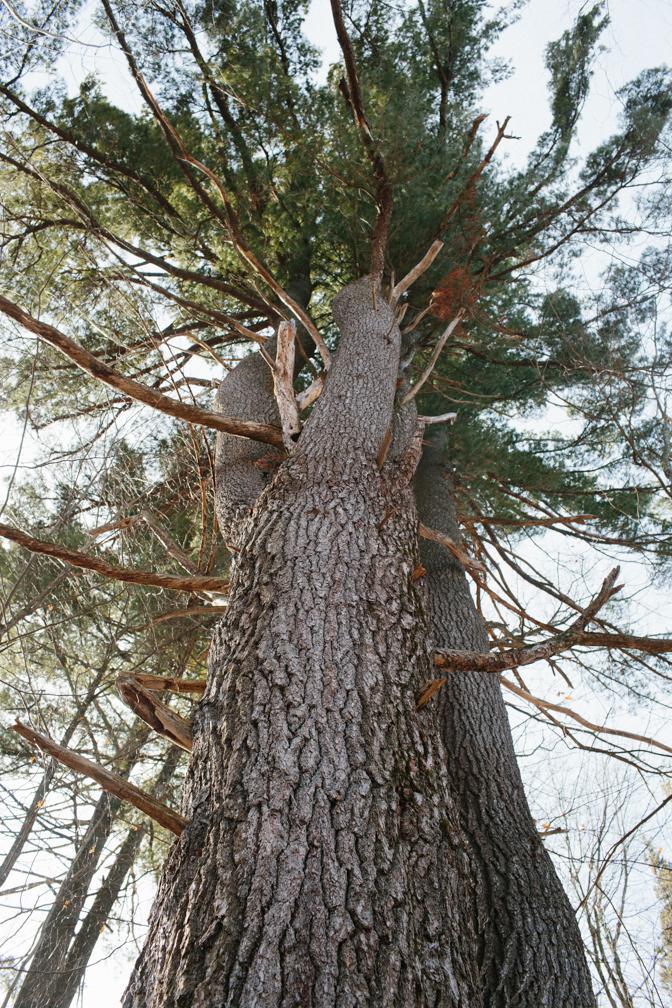 This large white pine is also referred to as a wolf pine, which is a large, branchy pine with a low timber value for forest management purposes. Such trees are great for wildlife, though. They provide cover, perches, seed sources, and will make a great future cavity tree for wildlife to use for nests and shelter.

Many stands of white pine grew up from abandoned pastures. Red pines on the other hand were widely planted in forestry operations in the middle of the 20th century as a replacement for eastern white pines that suffered from a fungus. 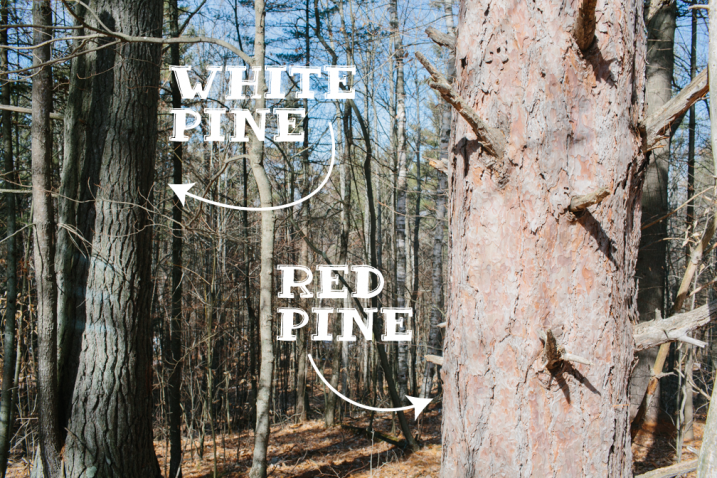 Next time you're on a hike or in a patch of woods by your house, look for both red pines and eastern white pines and see if you can spot the subtle differences in their bark. With practice your appreciation of red and white pines will grow. No longer will pine trees just be pine trees anymore!

Bark descriptions were drawn from the excellent Bark: A Field Guide to Trees of the Northeast by Michael Wojtech. Amazon | Independent bookstores

For more information on the forest types and habitats where pines are found, check out the Habitat Stewardship Series: Hemlock-Hardwood-Pine Forests & Appalachian Oak-Pine Forests

Red pines in New England are under threat of an invasive insect, the red pine scale. Visit http://nhbugs.org/red-pine-scale to learn more. Another great resource is NH State Park's page on the Bear Brook Sanitation Timber Harvest, conducted from 2013-2014 to remove infected trees that were part of a red pine plantation from the 1940s.