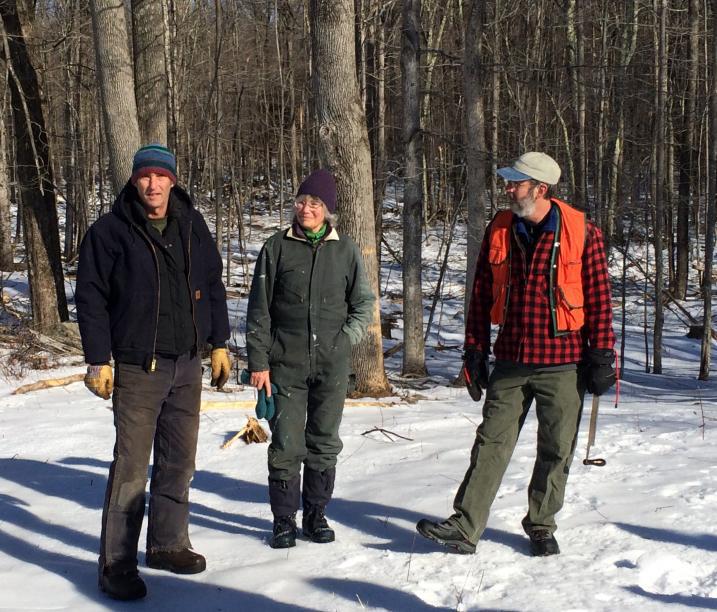 Are you hearing more woodpeckers than usual tapping in your woods? If so, you might want to follow the sounds and look at the trees they are chiseling. If it is an ash tree and you see signs of “blonding” where splotches of outer bark are peeled off, then you might have an emerald ash borer infestation.

The emerald ash borer (or EAB) is a minor pest in its native place: a vast range that includes northeast China, Korea, Japan, Taiwan, Mongolia, and the Russian Far East. But after it was first discovered in Michigan in 2002, it has chewed its way across 25 states (and two Provinces) including most recently in New Hampshire, killing millions of ash trees (white, green, and brown).

The EAB is a metallic green, slender beetle about 1/2 inch long. The adults emerge starting in late spring, chew ash leaves with little impact to the tree, and live only 3 weeks. The larvae are the killers. Female borers lay dozens of eggs, sometimes a hundred or more, in the tree bark. After hatching, the creamy white, legless larvae burrow into the inner bark and begin feeding on the tissue between the bark and sapwood, disrupting the flow of nutrients and water in the tree. They leave distinctive s-shaped feeding galleries filled with sawdust.

The emerald ash borer is now considered the most destructive forest pest in North America. Its relentless pursuit of healthy ash trees shows no sign of stopping. Once infested, ash trees die within 3 to 5 years.

Everyone in New Hampshire—especially birders, foresters, loggers, hunters, landowners--can keep an eye out for EAB. The pest was first discovered in Concord, New Hampshire in March 2013 and subsequently in Bow, Canterbury, Loudon, Hopkinton, Salem, Weare, Dunbarton, and Mt. Vernon. As a result, three southern NH counties--Hillsborough, Merrimack, and Rockingham--are under quarantine, as is all of Massachusetts and Connecticut (and many other states).

The EAB quarantine prohibits the movement of any hardwood firewood (defined as any split or unsplit log less than 48 inches long), all ash wood products, and ash nursery stock out of the quarantine area unless certain conditions are met. The recommendation for firewood is to use it within 5 miles of its source (for more info). The goal of reporting its presence and of the quarantines is to slow the advance of the beetle. Whether this is enough to stop the emerald ash borer from killing all the ash in North America is unknown.

Native wood boring beetles typically feed on already dead or dying trees, unlike EAB, which feeds on large, healthy ash. Since emerald ash borers feed on healthy trees, often it is many years before their presence is detected. "One of the first signs is the chipped bark by foraging woodpeckers," says Phil Brown, Land Manager for New Hampshire Audubon. "Listening for and watching woodpeckers is fun anyway. Keeping an extra careful eye and ear to woodpeckers on ash trees will help the state track the EAB," he says.

If you suspect EAB, report it here, and to learn more, visit nhbugs.