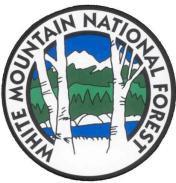 Caring for the land and serving people. In the decades prior to 1911, the unregulated logging practices of private timber companies in the White Mountains had resulted in a damaged landscape susceptible to both fire and flood. Fires had burned thousands of acres, and flash floods affected the water power necessary to the mills of major industrial centers downstream, such as Manchester, New Hampshire and Lowell, Massachusetts. Concerns over losses to industry, business, and tourism, and the growing conservation movement, led to citizen action.

The Appalachian Mountain Club (AMC) and Society for Protection of New Hampshire Forests (SPNHF) spearheaded an effort to ensure permanent protection of the White Mountains from further depredation. After years of lobbying and intense public pressure, Senator John Weeks of Massachusetts, a native of Lancaster, New Hampshire, introduced legislation that became known as the Weeks Act. The Weeks Act was passed by Congress in 1911, appropriating 9 million dollars to purchase 6 million acres of land in the Eastern U.S. In turn, this led to the creation of the White Mountain National Forest (WMNF) in 1918, and twenty-one other national forests throughout the north and southeast.

Many of the groups who were instrumental to the passage of the Weeks Act, including the SPNHF and the AMC, are still active today, and the WMNF has grown from 7,000 acres to almost 800,000. Today, the reforested mountains and hillsides supply forest products and provide magnificent recreational opportunities while maintaining healthy watersheds and ecosystems.